Inland Empire Jazz Series Presents ‘A Sure Will Experience’ in Conjunction with The Art of Soul, August 3rd

Inland Empire Jazz Series presents ‘A Sure Will Experience’ featuring the Award-winning keyboardist William “Sure Will” Clark.

William “Sure Will” Clark Is a dynamic breakout keyboardist and more.  His musical resume goes back well over thirty years with humble beginnings playing in the church in Buffalo, New York. A young man influenced by the incomparable George “Chief” Davis’ skillful merging of an array of musical notes that birthed a tremendously eclectic vibe.  After that, there was no question about it – music was calling him closer.

Tomoka worked with Armed Forces Entertainment, performing in over 40 countries for soldiers, ambassadors and other diplomats at U.S. embassies and military bases. Among the countries visited were Kuwait, Kosovo, Ecuador, Germany and Mozambique, just to name a few. Tomoka has performed extensively for the Young Audience Program and Lecture Series for students in Western New York. Now she is working as a teaching artist giving workshops in elementary schools in Los Angeles Area for Dream A World Education led by Grammy Award winner Bunny Hull. Tomoka also has experience in musical theater, having been hired for pit orchestra and on-stage playing. Tomoka is a member of all-female Jazz Group ” jazz In Pink” and “The Saxations”

Ms.Kyss Kisses Every Body has been kissing the game since the youngest age imaginable, Ms.Kyss, while raised a military child, is an Oklahoma native whose hometown is Columbus, Ga. Although she has expanded her career westward her talents are immediately accepted demographically by all as a skilled craft. This singer, songwriter, producer, engineer, actress and femcee has starred in the play INLAWS FROM HELL by A.Williams alongside her own music as well. Ms.Kyss’s music has also hit the widescreen on the score of Queen Latifah’s movie BEAUTY SHOP the song “GHETTO LUV” was written by Ms.Kyss and produced by Grand Rapid’s producer J.Val. Ms. Kyss has kissed many projects such as LaFamiglia’s THE GETAWAY, The Jackie Trade project, as well as local artist out of Atlanta, Las Vegas, Grand Rapids, LA and Korea also she has her own band by the name of THE PLAYLIST, you can catch her with THE PLAYLIST in any casino, cruise ship, or Urban/Rnb stage event. To be kissed by this woman is the true kiss of good music and pleasurable experience, she is MS.KYSS KISSES EVERYBODY but you may call her MS.KYSS. 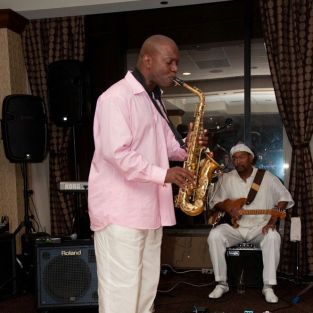